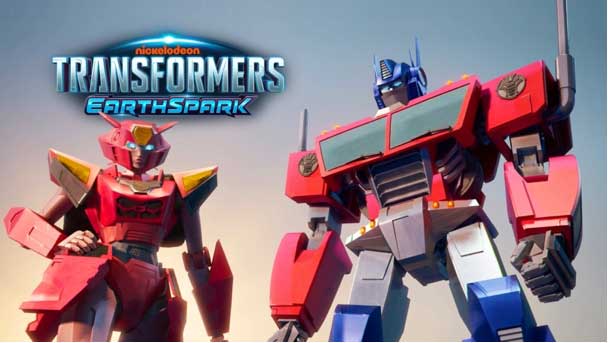 TRANSFORMERS: EARTHSPARK – THE NEW SERIES AIRING  FROM THE 12TH OF NOVEMBER ON PARAMOUNT+ AND NICKELODEON

After a long absence from both the big and the small screen, hasbro’s robots are back.

This new adventure’s name is “TRANSFORMERS EARTHSPARK”. Viewers will be thrown in a new story that has the heavy burden of revolutionazing some key and historic aspects of the series.

Everyone knows about Autobots and Decepticons: the two factions at war, but, from now on they won’t be alone anymore. Enter the “Terrans”: a uniquely new faction of transofrmers born here on earth.

The audience will experience the story from the prespective of the Malto’s family, a family that, as staded, wants to be representative of the beauty to be found in the variety of shapes and forms that family can have.

This new program started airing on the 12/11/2022 on the Paramount+ streaming Platform, with the first two episodes airing on nickelodeon (which is own by Paramount) as well. Afterwards the future episodes will air from Monday to Friday at 20.00 from the 21st of November onwards.

Transformers has shown to be an extremly powerful property, when handled well, we shall see if this series will be able to cater to a new generation as it probably wishes to.